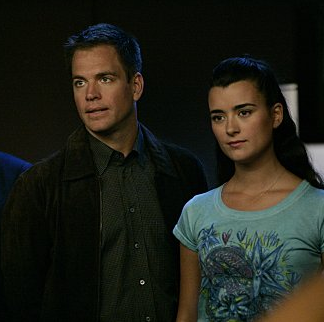 Note: This was an old post on the original “The Demented Ferrets” site, and prior to that it belonged to my personal blog. It is being placed here because this is now where it belongs.

Please don’t forget to follow the blog. You can check out our platforms for other great content too. If you like the work that we do, please consider supporting us.

Minako and Rei from Sailor Moon are without a doubt a solid character pairing, even if they aren’t exactly cannon across all of the Sailor Moon media. Why do they stand the test of time? Simple, because their romance comes natural to those who see it within the subtext.

In popular media, when I think of reasons to sail any ship, it’s not the large cannon elements that come to mind. It’s the tiny things. Moments when characters might brush their fingers together when exchanging an object. Times when short quips and witty dialogue carrying a greater subtext within a scene.

Know what other ships sails really well because of this? Pretty much any ship containing at least two of the main four girls of RWBY. I ship nearly every combination because of how versatile they are.

Small moments make a ship, that’s a fact. It is particularly important if a series isn’t centrally focused on romance. Then the smaller moments matter even more. Long running series with advancing story arcs might not spend a whole lot of time focusing on romantic overtures. Instead, they tend to spread large romantic elements few and far between. Sometimes, the best ships don’t have any big moments at all. Sometimes they only have a series of small elements to craft a greater narrative. In this instance, subtext quickly becomes fan fodder.

I look no further than NCIS as an example. Tony and Ziva, or “Tiva” as the ship is named by the fans. These two are strong contenders in shipping because the slow burn is as hilarious as it is dramatic.

Romance between these two is the show in spades, but, it walks a fine line. The pairing never consumes the show. Instead, the fans consume the romance, looking for the little details hidden between the subtle character interactions. These two aren’t obviously a cannon couple until much later in the series. However, this didn’t stop fans from sailing that ship early on. It was only through implication and subtext that the relationship held any ground, at least, at first.

I think that personally this is sometimes the better approach. Fans have a gift for running away with subtext. Collective fans like making stories of their own. When moments are rare,it’s no surprise that fan-fiction itself becomes a selfish endeavor.

Fans meet their own desire to see character romance carried further than a series could have taken it. This is true for almost all media that has an active fan following.

Depending on the character pairing, strange ships sail fast. I think of the romantic pairing of Elsa and Anna from Frozen being a prime example of fandom running amok. Seriously, fans ship these two hard. I don’t see the draw in it personally, but it’s in the fandom for sure.

Or that, even if they were on the GRSM spectrum, that they would ever be seen as romantically in love with each other. Then again, I can’t say that I’m surprised. Pairings revolving around sibling romance can be common in fandom, particularly of the animated variety.

Even without sibling romance, some stories become downright filthy as fans of a medium carefully craft and contort romantic relationships between characters. Ultimately, for better and for worse, fans have always been able to fill gaps that cannon material fails to provide. If little else, fan communities keep character romances thriving when long stretches of time pass without cannon material.

This is particularly important when large series take an extended break or the series eventually ends. At that point it’s up to fans to find a new source of entertainment. Some find this solace within the media that they already care for, writing or reading stories that reflect on certain plot elements within the series as a whole.

Deceased or retired characters in media find new life, and new stories because fan fiction and far art too. I think of characters like Pyrrha Nikos from RWBY, or Kate Todd and Ziva David from NCIS, as prime examples of characters that continue to live on in fandom because of the stories people write.

That’s what little moments do. They’re powerful, and they can’t be disregarded.

This has been Kernook from the Demented Ferrets.

With your contributions, you make our efforts possible. Thank you for supporting our content.

At the time of this post there are 3 notable contributors.

There are plenty of ways to support us. To find out more, click the button below.