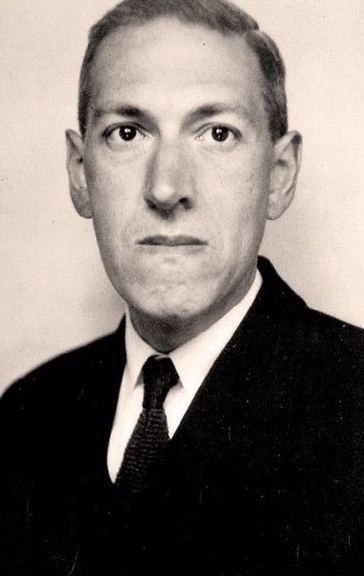 Hey everyone, it’s Kern here, and welcome to some spooky content for the month of October. How spooky you ask? Oh, nothing too terrible, just existential dread at its finest. That should do, shouldn’t it?

I like horror, if you’ve been around the blog for any length of time, you know this. Be it video games like “Resident Evil”, anime like “Perfect Blue” and movies like “The Thing“, I enjoy a good horror title every now and then. However, so much horror is filled with blood, gore, and other generalized “in-your-face” nonsense. There’s nothing wrong with that, sure enough. Good horror media shouldn’t be too stifled, and creativity is important. That being said, most horror media nowadays doesn’t normally draw upon being subtle.

Horror shouldn’t always be about grandiose shock value. We shouldn’t constantly try to see just how many ways to bring a rebirth to older media when their original format still hold up to scrutiny just fine.

The film relies heavily on its psychological drama to carry the story forward. Many scenes are purposefully unsettling, and Mima is an enigma by nature. Several questions are left unanswered and up to interpretation.

I don’t need any half-baked “Saw” or “Halloween” knock-offs either. Let those ideas stew in the cooker a little while longer and come up with something truly stunning, I’d say. Classics are classics and staples are staples for for a reason. There comes a time when beloved titles are run into the ground, thus turned into an abomination instead of a masterpiece born anew.

Do you know what we do need more of? Truly existential horror. The sort that lingers with you, as all properly crafted horror does. It should be a slowly and surely building tension, creeping and creaking within the depths of the mind.

Writers of good horror know exactly how to harness that level of unease. Works that offer a purely physiological, pin-point accurate sort of terror, woven between the confines of madness and all-consuming dread have been around a very long time. There is a common trope we see all too often here, and yet, it never becomes stale. Media such as “cosmic horror” takes entirely rationally thinking characters and gradually turns them unsound until they’re completely at wits end. We, as consumers of this media get to watch the events unfold.

I can do you no better on this October than to speak about one of the most brilliant writers of this twisting and turning, near labyrinthine media. His name is Howard Phillips Lovecraft and the name of his game is the cosmos itself, bringing nightmares to life.

His way of writing was a gift to literature. Combining metaphor with subtext, he could formulate and conceive the tenuous impossibilities that rest deep in the paranoid ramblings of humanity. Fear of the unknowns within the wide expanse of the universe. That sort of fear resonates within all of us to some degree or another. Lovecraft taps into those little “what if’s” in a way few other writers ever could.

He was a master at crafting fictional worlds and realities that could not possibly be fathomed by the characters residing in them… and so help the reader brave enough to crack open a tale or two penned by a man like Lovecraft. His works are not often for the faint of heart. They are incredibly intelligent pieces of media, but far from pompous.

So, why am I talking about this today? Well, I’m a fan of his written works, and that’s reason enough. Recently over on our Twitch channel, Kresh played a little video game known as Call of Cthulhu. Clearly this game is heavily inspired by Lovecraft’s work, and therefore I thought I would do a blog post about the guy.

I wanted to briefly talk about the concepts surrounding his brand of horror, mystery, and all things unsettling.

Now, Howard Phillips Lovecraft, or H. P. Lovecraft as most probably know of him, was born in the August of 1890 and passed away in March of 1937. Despite those short forty-six years, Lovecraft was a bright mind and a prolific writer. It’s just too bad he didn’t become popular and his works went underappreciated until long after his death.

February 1928 was the year that The Call of Cthulhu got published in Weird Tales, a pulp culture magazine of the time. It had a decent following too, for the era.

Now, Weird Tales had a habit of publishing a fairly large range of oddities and strange fictional stories. You know the type, the kind that wouldn’t easily find a home elsewhere. Lovecraft’s written works often fell into this category. His strange, often otherworldly style of storytelling seemed to be a good fit for readers of obscure, occult media. He found a home in the publication and others like it.

His notable works obviously include “The Call of Cthulhu” which horror fans and gamers alike will probably know him best. That’s why it’s the story I’m touching upon first in this post. This work of fiction not only has several video games as kindred spirits, there is also a table top game that saw its release in 1981. If that’s not enough for you, there’s also a short indie film as well, paying respects to this great work of fiction.

If you want to see gameplay footage of “Call of Cthulhu” a game released in 2018, Kresh just finished playing it. You can find the footage over on our Twitch channel. Don’t forget to follow us over there too if you like to watch Twitch streamers… the link will open in a new tab.

Now, back to the mastermind and my gushing as a fan. If you don’t know what cosmicism is, then you don’t know Lovecraft. Let’s start there, shall we?

The basic idea for cosmicism states that there is no divine presence, such as a “God” in the greater universe as we understand it. Rather, the human race is fairly insignificant within the greater scheme. There is other of intergalactic existence under this mindset, meaning, there is in fact life beyond our knowledge and understanding. We just can’t fathom what it is. As it applies to horror, this touches upon the concept that humans fear our own insignificance and ineptitude. That we cower in the face of a universe we just can’t understand…

Or to put it simply, the cosmos is an endless void, with countless possibilities, and that terrifies us. Looking deep into that abyss would drive us mad. Drawn to it as we are in our pursuit of answers, humanity would come to regret every moment we tried to do so… hence what makes “cosmic horror” what it is.

Now there is far more to it than all of that, but the general outline gives you an idea of how Lovecraft defined himself through his written works. Existential dread and the whims of a universe we just can’t understand build up the tension and release cycle his works of horror can provide, and Lovecraft willing provided that sort of horror in spades.

As for Howard Phillips Lovecraft himself, he was an avid reader. He admitted that his writings were heavily influenced by his readings of Poe‘s and Lord Dunsany‘s fictional worlds and unsettling writings.

As stated above though, even though nowadays we regard H. P. Lovecraft as a very prolific writer, he wasn’t very well known in his life. Aside from the readers of pulp magazines, his works just weren’t regarded as mainstream media.

Lovecraft couldn’t support himself completely upon his writings. Frankly, it wasn’t until the 1970’s when his works began to really pick up steam for mainstream audiences. However, the birth of this newfound popularity inspired a great deal of other works we now call the “Cthulhu Mythos“, which draws heavily upon Lovecraft‘s characters, lore, the larger thematic entanglements that we now consider to be “otherworldly” or “cosmic” styles of horror… the sort of horror that relies entirely upon what humanity cannot completely fathom.

On a personal level, I do want to touch upon one issue with other forms of media, particularly video games. If you can beat the ever loving crap out of Cthulhu in any capacity, that’s not indicative of Lovecraft’s works. That’s a power fantasy abomination… not his brand of horror.

If you have somehow come across a piece of media in the wider Cthulhu Mythos or within the larger fandom where the characters do heroically overcome the “unfathomable” completely unscathed, and have thus found yourself thoroughly put off by the concept of cosmic horror, pick up a proper story and read it.

If you still don’t believe me when I say that Lovecraft was a master at writing great horror stories, try this one on for size.

The Shadow Over Innsmouth is by far my favorite work by H. P. Lovecraft. Also, remember when I said he wasn’t a widely popular writer?

Well, this was the only story of Lovecraft‘s that was actually published into a book during his lifetime. I think that alone speaks of its quality. I won’t spoil it, or tell you what it’s about. This one is just too good to try to explain in a short paragraph or two.

If you want to read a good classic horror story, go into this with little more than full and complete intent to be unsettled. Pick it up and just read. You will be pleasantly surprised. If you like “cosmic horror” and what it’s themes allow for, it will serve you well. Remember though, nuance is at the height of a fiction like this one. You won’t want to underestimate the slowly building pace the narrative sets. Give it a chance, and don’t rush through it.

While it’s true that gamers of all kinds are likely much more aware of “The Call of Cthulhu” I think that its popularity may in fact be a disservice to readers at this point. We know it to be a great work of fiction, and therefore perhaps place it on a pedestal too high for our own expectations.

Personally this is why I much prefer to suggest “The Shadow Over Innsmouth“, originally published in 1936.. Even though it is also a very popular written work of Lovecraft‘s, it doesn’t carry the same acclaim in gaming and other media. It is a bit lesser known to the typical horror fan, and I think it stands as a better entry into the wider Cthulhu Mythos.

Ultimately how you choose to best enjoy the horror medium is up to you, but as for me sometimes the best horror is in a good book by one of my absolute favorite authors of all time.