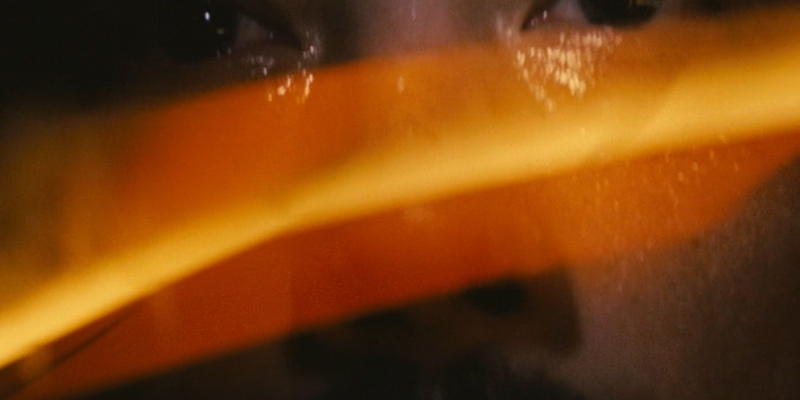 DISCLAIMER: Sunshine (2007) includes scenes depicting self harm! Please be aware of that if you watch this film.

Personally, I’m a huge sucker for space movies, and an especially huge fan of suspending disbelief for the sake of a terrifying and beautiful space adventure.  If you like space thrillers and have not seen the 2007 masterpiece that is Sunshine, then let me share with you the spoiler free journey of the Icarus II and its crew.

Sunshine was released in 2007, written by Alex Garland and Directed by Danny Boyle, and has a respectable 7.2/10 IMDB rating.  The story starts 50 years in the future where the fate of Earth is dependent on reigniting our dying sun with a massive stellar bomb. The ship featured in the film, the Icarus II, is manned by the second crew that has been sent on this mission after losing contact with the original ship, the Icarus I.

The crew dynamics are established very clearly and very early on. Considering the setting, where the weight of the world relies on the success of a crew and a theoretical attempt to create a star within a star, emotional tensions are high right out of the gate. Every character is established early on; all relationships are spelled out clearly, and all within the first half hour of the film.  Then, without missing a beat, the first true bit of thriller action begins.

As a self-proclaimed space nerd, I was already captivated from the opening sequence explaining the above abstract of the film.  However, as the movie progressed, I was being further caught off guard by the eerie and realistic representation of living and working in such a remote and isolated space station. Each new mission objective the Icarus’ crew would begin would inevitably have me clenching and gritting teeth in anticipation of what might happen next. Then, when I would finally feel like the crew was out of the thick of it all, the writer and director would throw another wrench in their gears.  Typically, this had me saying things like “Oh, come on, now… that’s just … not even fair!”

Finally, I feel that the most powerful aspect of this remarkable film is the spiritual representation of space and stars that guides this thriller on a journey much darker than the vast emptiness of space.  Sunshine puts a huge focus on the most terrifying aspect of space travel, the human mind. There are reasons why billions have been invested into research for testing and managing psychological symptoms of isolation in space travel, and this film touches on flip sides of that theme.  On one hand, you have the frantic, primal, selfish and oftentimes doomsday-oriented mindset that can arise from isolation and panic.  While on the other hand, you have the calm, loving, selfless, and self-sacrificing mindset that can be the guiding light for the greater good.

With that said, I highly encourage anyone who likes space films and thrillers to take the time and watch this. Starring some big names like, Chris Evans, Cillian Murphy, and Hiroyuki Sanada, you are sure to be in for a treat! It is a fascinating story, and if you give this film a chance, you will have a wonderful addition to your list of favorites, but that’s just like… my opinion, man.

This has been a blurb by Drephuz of the Demented Ferrets, a Twitch streamer, a drone pilot, and an all around tech nerd. You can catch him on Twitch playing games and mostly being inappropriate. Stop on by!

You can help support us through PayPal or Patreon. You can support us for as little as $1 a month.